Centre For Energy, Environment And Sustainable Development > Publications > News > How mini-grids can secure universal access to electricity for Ghana

How mini-grids can secure universal access to electricity for Ghana 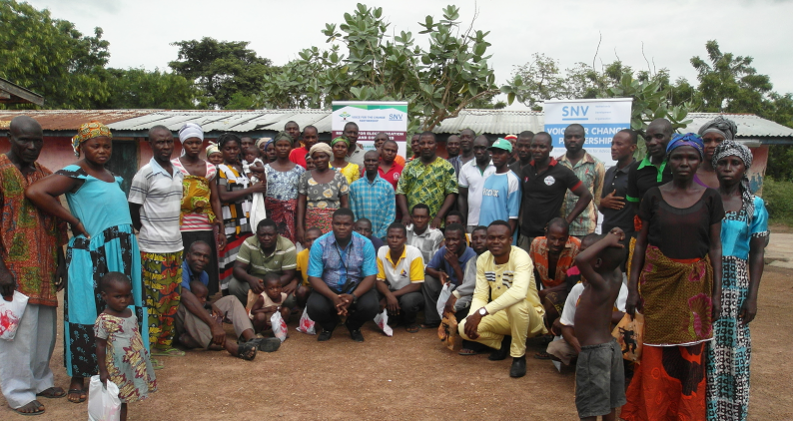 At 84% access to electricity, Ghana is second only to South Africa in sub-Saharan Africa. Nonetheless, about 50% of rural households are not electrified. Majority of these rural areas are islands and lakeside communities along the Volta Lake, where it is not economically feasible to extend the national grid mainly due to lack of infrastructure (bridges, roads, etc.) and high cost of laying underwater cables from the nearest grid facilities. A more feasible and less demanding option for providing dependable electricity to remote regions lies with mini-grids.

What are mini-grids? Mini-grids are small-scale electricity production and distribution systems, (mostly defined to be between 10 KW – 10 MW) which are independent of the central grid. However, they provide electricity for small communities at the same quality as the central grid. The source of power in mini-grids can be from renewable sources (solar, wind, biomass, biogas, etc.) or from diesel generators or a combination of two or more sources, known as hybrid systems.   Mini-grids in Ghana The first mini-grid was established at Appolonia in the Greater Accra Region in 1992 by Ministry of Energy, funded by UNDP. The source of electricity was from biogas plants fed with night soil and dung. An engine was used to convert biogas to electricity which was distributed to inhabitants in the area for street lighting and small load domestic appliances such as lighting, radio and television. In mid 2000s, some attempts were made to provide mini-grid electricity for some communities at Busunu in Northern Region using Jatropha Oil. Both of these bioenergy-based mini-grids are currently not operational.   The greatest boost to mini-grids came from The World Bank under the Ghana Energy Development and Access Project (GEDAP) where the Ministry of Energy piloted mini-grids in four island settlements. The beneficiary communities are Aglakope (Krachi West), Kurdokope (Krachi East), Atigagome and Wayokope (Sene East) and Pediatorkope (Ada East).

Aside these interventions from the Ministry, Blackstar Energy, a private company, has been licensed to install and operate mini-grids. The company operates about 17 systems in Ashanti and Brong Ahafo Regions at Katapei, Anyteneten/Odumasi, Kofihuikrom and Affulkrom, Nyamebeye, Nyamebekyere, Mempekasa, among others. Another private company, Translight Solar is also reported to be operating in the Upper East district.   Government policy and programmes on mini-grids   Government, through Ministry of Energy, recognises that deployment of renewable energy (RE)-based mini-grids in island areas is the surest way for Ghana to extend electricity to off-grid communities, which is important to achieving universal electrification in 2020. However, mini-grids are public-sector led, taking the same character as other ongoing rural electrification projects, with specific mandates placed on VRA (operation of mini-grids), ECG and NEDCo (distribution and tariff collection), Energy Commission (technical regulation) and PURC (inclusion of mini-grids in tariffs setting mechanism).

The Ministry has tasked itself to deploy at least 300 systems by 2030. Already, five additional mini-grids are in the process of being installed with support of the Swiss Government, with Further, 55 mini-grids also to be rolled out soon under a facility from the African Development Bank. The Chinese government is also expected to provide support for additional 150 mini-grids.   Benefits of mini-grids   Mini-grids improve the quality of life and the standard of living of off-grid rural areas. They offer many benefits – social, economic and environmental – to local communities and the nation as a whole. Availability of lighting improves education, social cohesion, reduces drudgery and improve community security. Meanwhile, the presence of electricity allows access to information from radio, TV and internet. Moreover, they open up rural areas to the establishment and/or growth of local businesses. Improvements in local environments are also observed when kerosene and diesel-powered engines are displaced by RE-based systems. At the national level, energy security is improved, rural-urban migration is curtailed, access to knowledge is increased and overall progress in education, health and wellbeing, are all realised. Thus, mini-grids deployment will enable the country to achieve its 10% (now at 1%, minus large hydro) target in RE in the generation mix, accelerate the meeting of national developmental targets, expansion of the reach of core government programmes (Planting for Food and Jobs, one-District-one-Factory), and achievement of sustainable development goals, notably, SDG1 (no poverty), SDG3 (good health and well-being), SDG4 (quality education), SDG7 (affordable and clean energy), SDG9 (industry, innovation and infrastructure), SDG13 (climate action), and SDG17 (partnership).   Observations of mini-grids already deployed   Evidence from beneficiary island communities show that mini-grids have had considerable improvements on the quality of life and standard of living of those areas. A survey carried out by the Centre for Energy, Environment, and Sustainable Development (CEESD) in 2016 at Aglarkope and Kurdokope revealed establishment of new businesses including retail of frozen fish and meat. In education, availability of lighting has enabled kids to study at night while teachers are able to prepare better for classes in the evening. Another survey by the Netherlands Development Agency (SNV, 2018) in 8 communities showed that mini-grids have enabled women to perform household chores better and more efficiently. On health, household complaints on ailments (headaches, watery/red eyes, etc.) from candles, kerosene and other fuels for lighting reduced from 30 to 7% following the introduction of mini-grids. Further, they partly attributed it to improved health enjoyed by children.   With regards to education, over 96% of respondents believe the systems has increased interest shown by pupils in school activities who now study on average 3.5 h/d compared to 1.5 h/d without lighting. Over a third of households confirmed improved grades of their wards at school. Access to information had also improved considerably due to increase in the use of TV and mobile phones.

Pressing issues   Currently, most mini-grids are not able to provide 24-hour of electricity for the communities. According to business owners using refrigerators, this situation is affecting growth of their operation. It was revealed that power generated is not adequate to support high end gadgets like iron and microwaves for more than 12 hours in some communities. In the government operated systems, a third of respondents complained about unreliability of power. Clearly, the impact of mini-grids on the fishing industry has not been pronounced as one would expect, noting that over 30% of economic activities involve fishing. The beneficiaries of privately-owned systems pay a little more per kWh than their compatriots on the government side. However, the number of days without power is minimal with the privately-owned systems.   Way forward While the benefits of mini-grid deployment cannot be overemphasised, it is necessary to critically assess the challenges of existing models and systems in order to effect the necessary changes to ensure long-term robustness and operability of mini-grid infrastructure in Ghana.