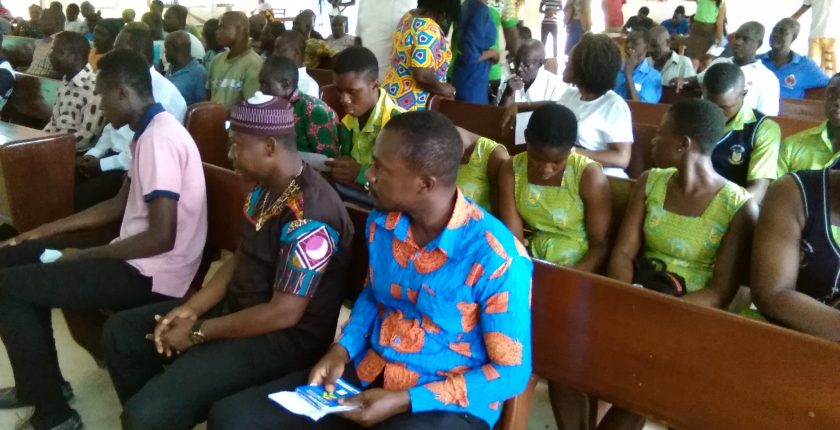 The District Chief Executive of Kwahu Afram Plains North, Hon. Samuel Kena, has commended Centre for Energy, Environment and Sustainable Development (CEESD) for the tremendous work done in the district in advocating for the extension of electricity to various off-grid communities in the district. He noted that while CEESD is lobbying various stakeholders at the national level to ensure the island communities get electricity, it has also managed to secure funding to install solar home systems in some of the communities.

The DCE noted that the installation of solar home systems as well as solar PV units in a health centre and a school at Fasso Battor, an off-grid community, has help improved the socio-economic activities in the area, with progress observed in education and health of the people. This was disclosed at the assembly’s first Town Hall Meeting of the year on September 12, 2018. Participants who attended the meeting included the District Assembly, educational heads, security authorities, traditional authorities, gender and youth groups, small business associations, political parties, civil society organizations and the general public.

Ing. Edem Bensah, Project Coordinator at CEESD, in his remark, informed the assembly about government plans, which are far advanced, to establish mini-grids in two communities in the district. He appealed to the people to fully support the DCE to enable prompt execution of developmental projects including construction of mini-grids in the community. He said CEESD will be embarking on community sensitization drive in partnership with SNV to educate selected communities what mini-grids are, their benefits and how the beneficiary communities can use mini-grid electricity to improve their socio-economic status.

Kwahu Afram plains district is one of the districts with the lowest electrification rate in Ghana. It has a population of over 150,000 and only about 15 percent of the people have access to grid electricity because the district is surrounded by the Volta Lake and many of the communities are either islands or by the lakeside making grid extension technically and financially difficult. In view of this, CEESD in partnership with SNV have been calling on government and other stakeholders to consider alternative electrification schemes, specifically mini-grids, for the district and other difficult to reach parts of the country to ensure Ghana attains its SDG 7 targets.